After Rye House we were confident we had the pace to challenge the rest of the field for the season. We feel we have a solid kart and good setups for all tracks on the calendar this year.

Race 1:
As usual we completed practice with no issues. From this round, all teams are to run slightly different tyres which was a concern as a lot of work has gone into setup around the tyre. This was now a bit of an unknown. We qualified third again. Brad started the race and pulled away with the leaders. For some reason we struggled to keep pace and found ourselves in a lonely third position but lapping slower than the other two in front. We couldn’t challenge them. Brad wasn’t totally happy with the setup which highlighted we needed to make some changes based on these new tyres. In particular we were losing a lot of time on one particular section of the track and struggled for rear end grip. During the second stint, Richard found a bit more time but was really driving around the problem. We finished a solid third and needed a few more changes in the interval before race two. 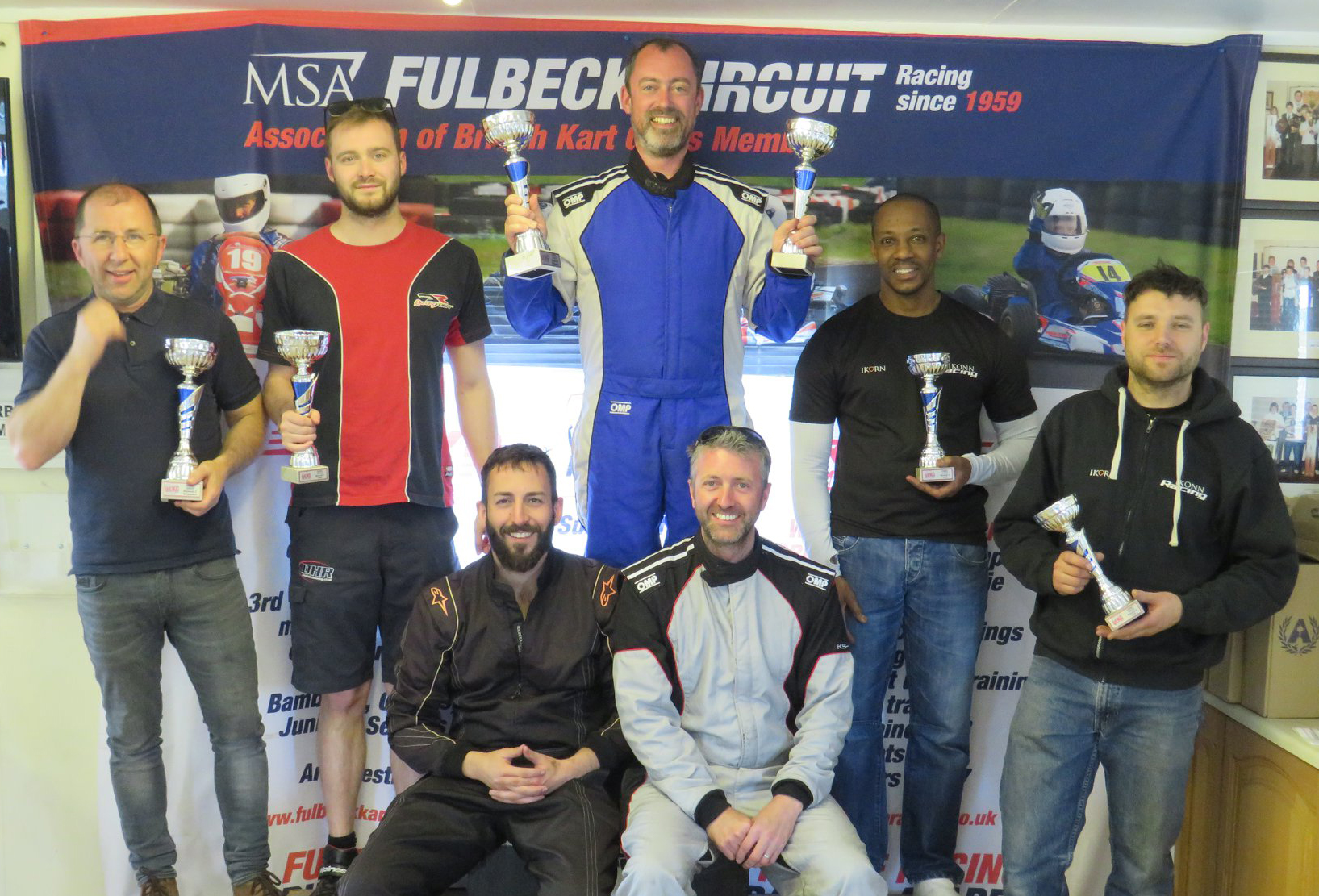 Race 2:
During the interval we changed a few bits on the kart to give us better balance and more rear grip. The changes worked and Brad was back on the pace. We were challenging the leaders again but still losing time in the same section of the track. This time we appeared stronger in other areas so were able to race more competitively. As the second stop approached, we sustained a bend axle. This wasn’t bad enough to retire but cost us a lot of time in performance so the objective was to bring the kart home in one piece and gain as many championship points as possible. We finished third again. This weekend wasn’t a strong as we expected but we still finished with decent results and now place third in the overall championship.

Between our endurance championship, we are off to Spa-Francorchamps in Belgium to race a one off event. 25th -26th May. We will keep you updated of our progress.