After a year out of the seat, Richard finally made a return to racing after recovering from injuries sustained in the Bayford meadows race last year.

Richard and Brad will partner again for the OEKC endurance racing this season. The format has changed from previous years. Race day now consists of two 2.5hr races rather than one 4.5hr race. This brings new considerations and strategy to championship.

This was the first time Brad had raced at Fulbeck and we used Saturday to test all day so Brad could get the track time needed to learn the track. We also worked on setup for the race and found a really good balance for the race.

On Sunday (Race Day), we worked through our usual process and qualified mid pack which was a little disappointing. 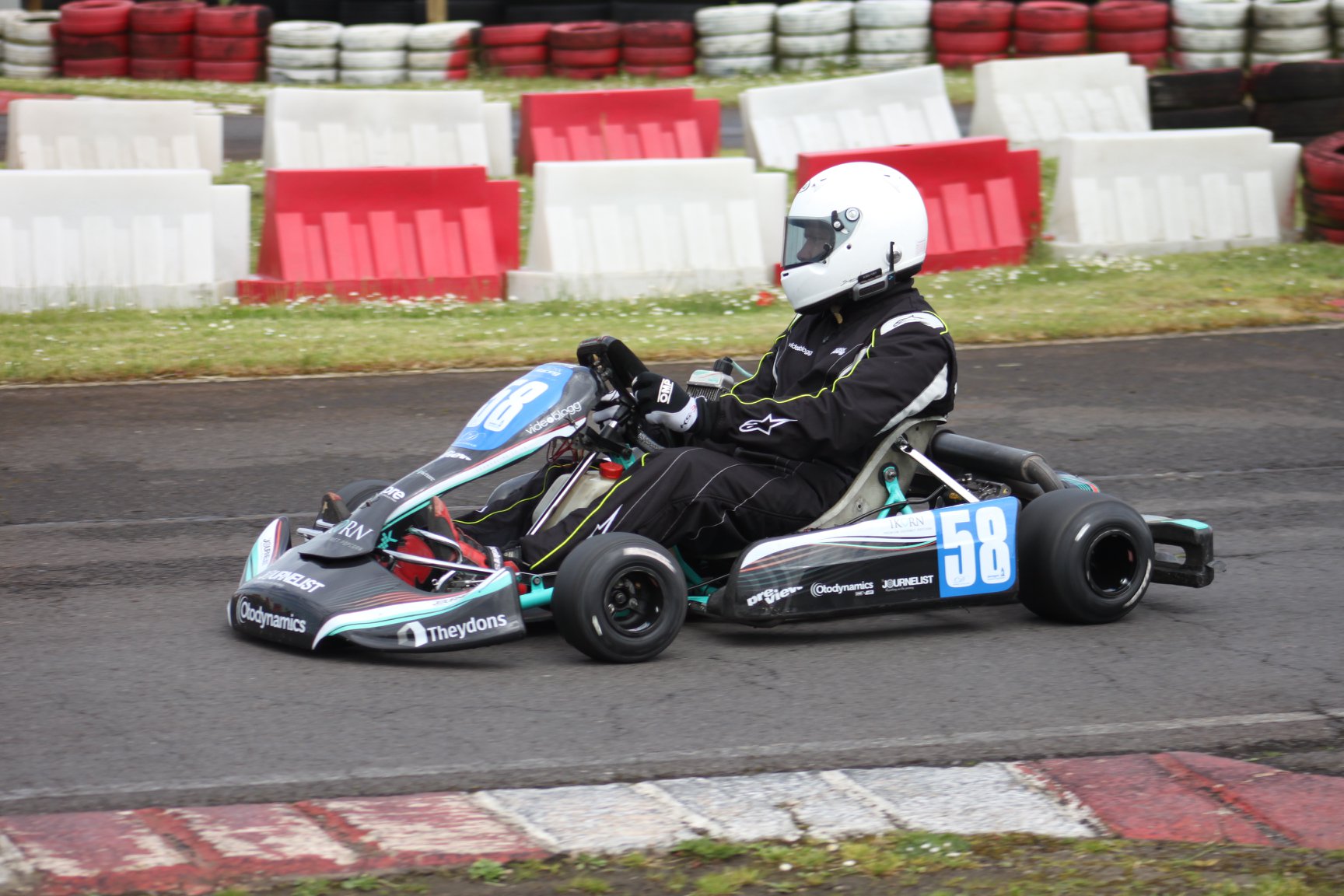 Race 1:
Richard started and quickly settled into the race. It was immediately apparent that we had a great handling kart with very good setup but… everyone else has so much more power. There was a new version of engine introduced recently and we were on the older unit. Every lap was like a qualifying lap and we painfully made some progress. It seemed everyone had more bottom-end power and more top-end power. We only had an advantage under braking.
Brad found the same struggles during his stint but we raced on. The end of the race saw us finish 5th.

Race 2:
After race 1 we made a few changes to gearing and the carb to see if we could get some more top-end power. We made our way to the grid and when we attempted to fire up the engine nothing happened! Stater motor failure. We didn’t have enough time to change the starter motor and missed the start of race 2. Once we changed the part, we used this race as a long test session to gain more information for when we return later in the year.

Our next race is Clay Pigeon in Dorset. We will have updated engines for all races in the future including this one.