The first race of the 2019 season was finally here. We completed quite a bit of winter testing and found more performance while parts testing along with some setup changes. The morning setup and practice was quite standard with no issues as we worked through our programme. We qualified in third position which was ok but we hoped for more as this is our home track.

Race 1:
We started the first race very strong and immediately put pressure on the two teams in front of us. The first four teams were all lapping within 2 tenths (of a second) of each other. We managed to get past the team in front of us to capture second place. As the race progressed we were just behind the leader with both of us more than a lap up on the rest of the field. We completed a routine pit stop for a driver change and Brad continued the charge. We were comfortably in second position challenging for the lead when a back marker misjudged their position and collided with Brad. The result was a substantial amount of damage including a split rear wheel and bent track rod. Brad managed to return to the pits where we changed rear wheels and continued the race. The kart was handling very badly but somehow Brad managed to recover eleven seconds and bring us from fifth back to second which we think was Brads strongest drive to date. We completed the race in second position. 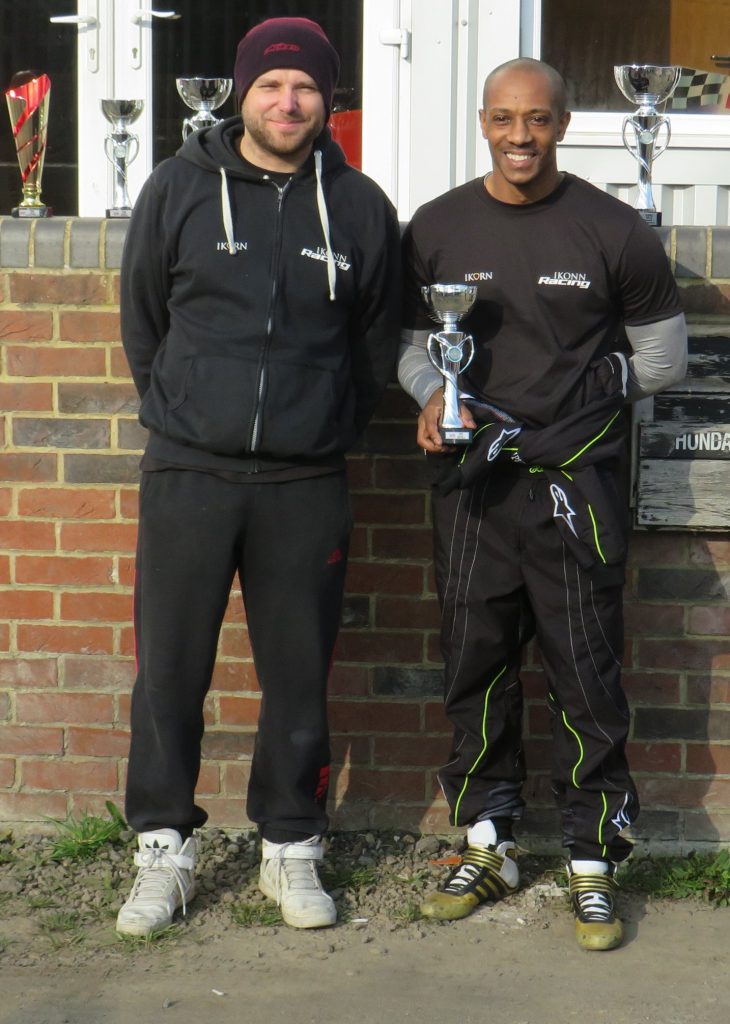 Race 2:
After the damage of race one, we spent the full hour of the interval repairing the kart ready for race two. New rear wheels, new rack rods, bumper brackets, reset the tracking and other usual changes were completed before lining up on the grid to do it all again. Richard started the race and like race one, we were all setting similar times. The opposition all seemed a little stronger this time and we were not pressuring the others like before. This was a harder race in terms of pace but luckily it was incident free and we finished the race in third position.